I’m not one of those people who’s naturally incredible at everything they do.

However, I do find myself to be average at most things. Except golf. There’s just no winning there.

Being average in a town like Whistler is tricky, though. I was really excited about moving here and getting better at winter sports. Mind you, I’ve been a figure skater since I was three, and on ice I find myself skating circles around unnamed Australians…

For some reason I thought I would pick skiing up and become just as able as my friends who have raced and lived here for years… in a matter of opening weekend. 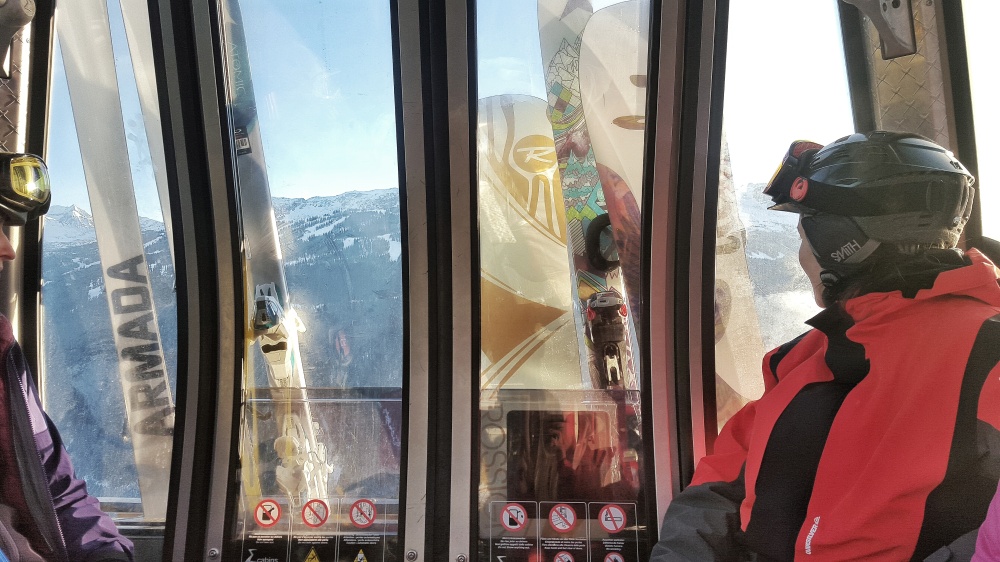 After three days of being on the hill and feeling pretty damn confident, I hiked up towards the peak with Rob and our friend Liam – Who have both been doing this for who knows how long.

45 minutes of hiking later, we reached the crusty, crunchy, unopened saddle. After a mild panic attack, I decided there was no way to go but down. Slowly making my way down the ungroomed run and surely looking awkward as ever, I conquered my first big task of skiing.

The boys were headed to a different run after making sure I made it mostly the whole way down safely, so they continued upwards.

Somewhere between feeling proud of my awkward decent and being unaware of the conditions, at the bottom of the run I caught an edge, twisting my knee and crashing to the ground with force.

Sobered with humility and in a massive state of pain and panic, I did what any girl would do – cry, of course.

I looked up hopelessly towards the top of the saddle, no one in sight. Blinking through the tears I saw two figures bomb down the run with clear confidence. The boys came rushing to my side, they had decided not to take the other run after all and just so happened to stumble upon me.

Killing my pride, we called Patrol and just as what felt like 10,000 people were waiting to download the gondola I was rushed up towards the entrance via snowmobile, and given priority.

After the embarrassment of having the entire ski resort see me hobble and cry, the doctor confirmed what I didn’t want them to. I damaged my MCL – with at least four weeks recovery. The thought of being injured… being less than average, not able to run, move, or try to ski for a month, tortured me in a new kind of way.

Not every adventure is happy-go-lucky, and I was pretty heart-broken with the outcome of this one. However, you learn from everything.

Humility, patience and self-love. Three key things that those four weeks off from activities started to teach me. And also, that average is okay. Maybe one day I’ll be an epic skier, but only if it’s something I really want to achieve, not because I feel like I have to because I live in Whistler.

Oh, injuries. You suck, but you never fail to teach.

And now, we go for a ski again!